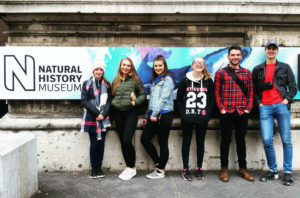 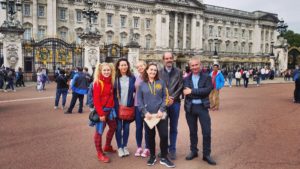 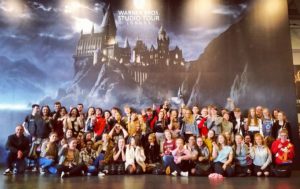 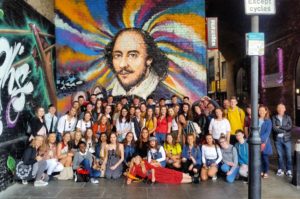 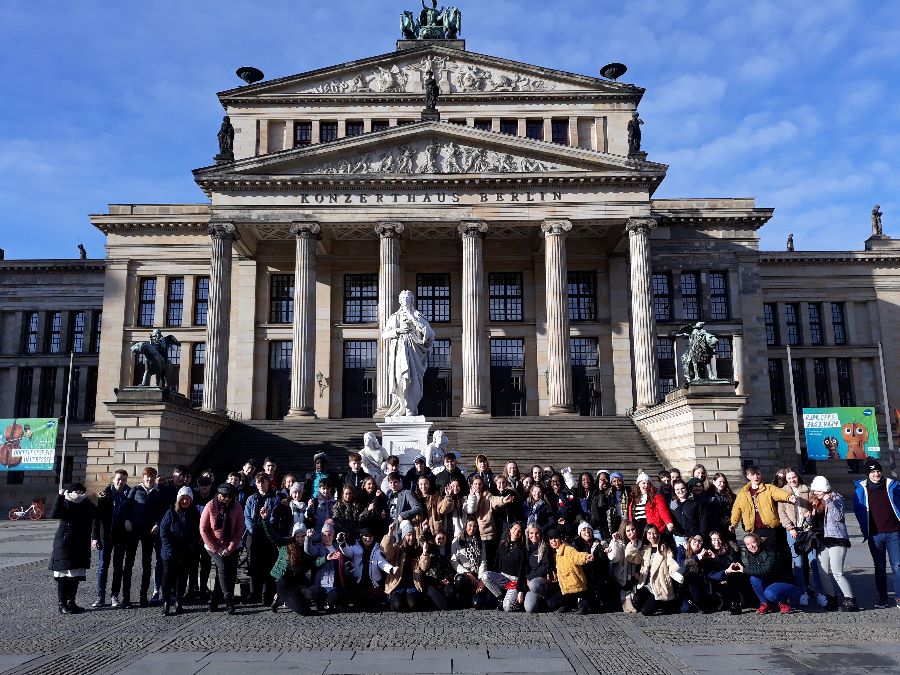 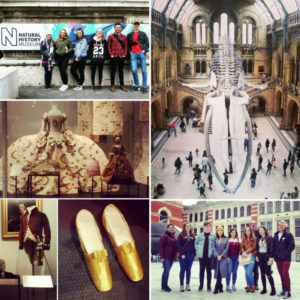 Driving to Kerry airport the atmosphere was electric. Fifty Mercy Mounthawk students crammed into the small waiting area in Farranfore airport, then bustled onto the Ryanair plane and flew silently over the Irish sea to Gatwick airport: our sixth year school tour to London had begun! Miss Thornton had begun planning our sixth year school tour to London last January and it was finally happening.

Early Friday morning, we awoke, bleary-eyed to the bright London sunlight peeping through the curtains. The sluggishness didn’t linger too long however, as we were all very excited for the day’s itinerary.

Buckingham Palace was the most elaborate, exquisite place I had ever been in in my life. The ceilings dripped with crystal chandeliers, most of the rooms were carpeted in rich crimson velvet, and almost everything seemed to be filigreed with gold. At 12:30pm we went to Shakespeare’s Globe Theatre to attend a performance of King Lear. 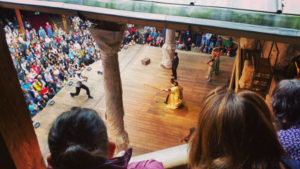 It was an early morning: 6.30am. Alarms were ringing. Showers firing. Clothes flying. Toothpaste foaming. And most importantly for some; make-up applying!

By 8.45 we were all on the bus making our way back to the Globe Theatre where we received a guided tour from jovial Londoner. We got a chance to experience watching a play from a groundling’s perspective; teachers and students alike were squashed together like sardines. After a very entertaining tour, we visited the Globe gift shop. Ms. Buckley made great use of ‘Shakespeare’s Insults’ – on students! The teachers left at home weren’t completely forgotten. Mark McDonnell purchased a ‘Nothing Will Come of Nothing’ magnet for Ms. Bunce. Before we bid farewell to the Bard’s Globe, Mr. O’Roarke presented Ms. Thornton with a small gift as a thank you from all of us, which was followed by a thunderous applause. 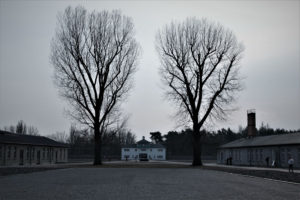 103 Students and 11 teachers spent 5 days in Berlin in February 2018, where we visited the Reichstag,many museums, did loads of walking and generally had a great time. Probably the most poignant visit was to the concentration camp at Sachsenhausen just outside the city. Sachesenhausen was the central administration point for the entire Third reich cencentration Camp system.

The students also had a guided tour of the city , the highlight of which was the visit to the remains of the Berlin Wall. The Students visited the Zoological Gardens and Checkpoint charlie where west met east in that divided city. 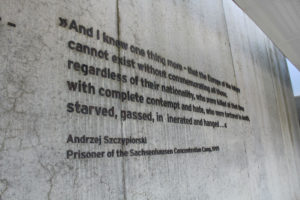 The Berlin Bunker , where life in those monolithic concrete creationduring the months before the fall of Berlin and indeed the collapse of the Third Reich could be imagined close at hand. thousands of German citizens packed so tightly so that everyone had to stand. If someone died on their feet they were unable to fall due to the crush.

Other highlights included a night time trip up the TV tower, a visit to the Deutches Historic Museum and a night walk through the city and into the Holocaust Memorial. 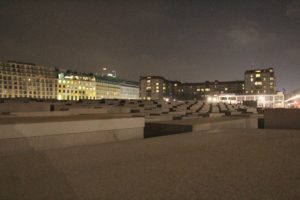 The second years have travelled to many parts of Europe over the past few years including France, Italy, Germany, Spain and the UK.  In recent years the 2nd year trip has focused on Spain and provides students with the opportunity to practice their language skills. 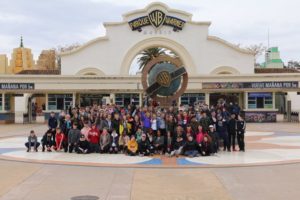 Second years on their visit to warner brothers near Madrid

Transition year students have the opportunity for at least one foreign trip during the year. Transition Year students have been in Paris, the UK and Strasbourg and most recently Italy and Berlin. Read an account of the TY trip in Italy   TY Italy Trip.

Check out the TY Page Here

It is no surprise that amongst the memories students carry from school, very often the highlights are associated with school trips: life on the bus, the sharing of rooms, a chance to get to know teachers in another environment and of course the educational experience!

link link link
The school organises several trips abroad and at home every year as a way to broaden the educational experience of the students.