by Pat Fleming
Comments are off

Awards were recently presented to the students who achieved the highest grades in the Leaving and Junior Certificate examinations 2018. These were presented at a brief ceremony in the school library by Principal Mr John O’Roarke.  Mr O’ Roarke spoke about the great opportunities that their abilities would present to them now, but also about the great responsibility that befell young people of their talent.  He told them they would be the leaders of tomorrow and that they must use their gifts to act as standard-bearers for all fof soociety.

The students awarded were: 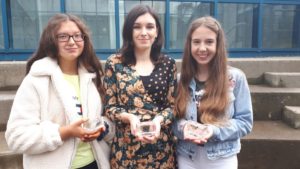 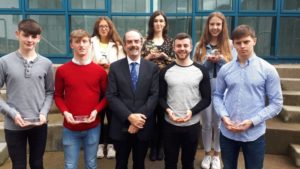