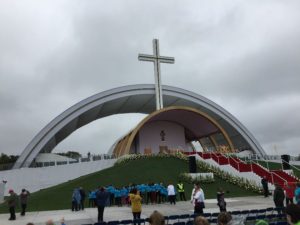 In August 2018, 86 students and teachers volunteered for the weekend at the World Meeting of Families Papal mass in the Phoenix Park, Dublin